Skip to content
You are here
Home > PUA Knowledge > Could How To Seduce a Woman In Korea Be Shocking? 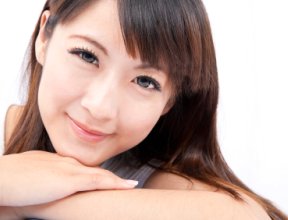 Could how to seduce a woman in Korea be different? Discover 3 controversial ways that makes seducing a Korean woman different than from back home.

Want to know how to seduce a woman in Korea?

You’ve tried some seduction tips only to find out that they backfire.

Korean women are different than women from your country in many ways.

When it comes to seducing them it’s a mind warp.

Being able to get intimately involved with a Korean lady means anticipating and working around these challenges.

And I’m not talking about carrying her Gucci purse. 😉

When you’re seducing a Korean woman you’ll notice how she isn’t very talkative.

I recommend preparing yourself for doing most of the talking.

In fact she’ll be more ‘innocent’-looking and ‘cute’ more than anything.

This is because Korean men expect their Korean dates to be passive.

It boosts the guys’ egos I guess to sound like they’re the only ones who know what to say.

Also expect yourself to take the interaction from platonic to intimate without knowing for sure if she likes you or not.

She won’t say anything like “you’re cute” or “I like you” to let you know when wants you to move forward.

What does that mean for you? Expect to be the only one to show interest and make a move without ANY hints.

How To Seduce a Woman…
She Won’t Chase You

You might’ve read seduction tips that involve doing a 100% back-turn to seduce her. She’s supposed to figure out what went wrong and try to get your attention again.

That won’t work with most Korean women. In most cases they’ll just assume you’re no longer interested in them and will walk away!

The same goes with trying to make her work for your affection at any time. It doesn’t work with Korean women the same way it does with women back home. The main reason is that Korean women aren’t supposed to chase. That’s the man’s job.

Not only that but most Korean women have never had a foreign boyfriend (or friend.) Foreign men are intimidating so if you’re pretending to not like her she’ll think you’re being serious. Rather than risk losing face she’ll just walk away.

So I recommend preparing yourself to do all the chasing too.

How To Seduce a Woman…
“No” Usually Means “Not Yet”

There’s only one time where you can expect her to resist you and it’s in the bedroom. This might sound controversial but it’s worth knowing.

Most Korean women are ‘expected’ to put up resistance even if they want to be more intimate. This creates the illusion for Korean guys that she’s “not easy”.

The problem is that when she casually says “no” most foreign guys would take it seriously too soon and stop. Korean guys on the other hand are used to this verbal resistance and keep escalating for more.

That’s if they didn’t get her drunk first. 😉

So when she’s with a foreigner she’s confused if he stops seducing her when she says “no”.

The worst part is that she won’t give you any hints to keep going or when you’ve gone too far. You’ll have to keep guessing.

When she says “No” I recommend going just a little bit further until she starts to <b>physically</b> push you away. When she puts in physical resistance THEN it’s a good time to back down.

NOTE: Use the above at your own judgment. Rape is illegal and you’re responsible for your actions.

How To Seduce a Woman in Korea IS Different!

When trying to seduce a woman in Korea you will experience cultural differences.

Korean guys are much more aggressive than you’d think.

Korean girls are expected to play the ‘innocent girl’ role so that they have no responsibility.

Once you’re more aware of these differences you’ll be better able to seduce your ideal Korean woman.