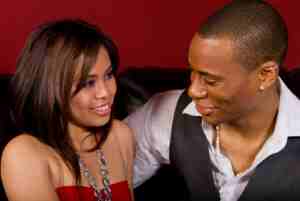 Have you ever heard of the term one night stand etiquette? It shouldn’t be a term unfamiliar with the west of the world, however, it seems a taboo in the current Chinese society and actually from what I have witnessed, observed and experienced, there’s a lack of it in Hong Kong, the cosmopolitan I am currently residing in and loving.

Not that I am still the sleeping-around wild colleague girl, like a bimbo of a typical teen movie or a simply a sorority girl. At least, if I am sober enough I learn to control. Alcohol is evil, evil.

A few years back, when I first read this book called Fabulous Girls Guide to Decorum, soon after a traumatic breakup with my ex boyfriend, I first realized that there should be some etiquette for one night stand (ons)too. Believe me or not, I actually stayed sexually inactive for a good whole year. (I’m amazed of myself too). And then when I got back to the market, I encountered guys from all walks of life (not really all, at least no construction workers or plumbers of that sort). Whenever I walked out of a guy’s place or waking up next to a person I barely know (I’m still living with my parents so I don’t invite guys over), the idea of one night stand decorum kept popping up into my mind. Some guys do have some etiquette and some really don’t. I’m not setting a standard or looking for quotation to legitimate my opinions, but purely sharing my opinion.

When you woke up, will you talk to the guy next to you? Or just wait till the guy is up? It’s hard to generalize some rules. Here’s my suggestion:

don’t go on and on over that I haven’t never done this before. Don’t act like you are totally guilty, ‘I shouldn’t have done this. I am a good girl.’ (believe me, I’ve tortured myself already and I am talking from experience). Face the fact, you are an adult and it’s 21st century. Who still gives a shit about ons? When he wakes up, you just say good morning with a gracious smile. Give him a kiss, if that leads to another mind blowing session, let it be. Morning sex is already a nice way to start out a day. Engage him with light hearted talks, but leave out the gossip of the people you know (he barely knows you, and he’s not that particularly interested in what happened to your friends). If he’s not a morning people, get up. It’s time to go home.

to me, I let myself down way too many times thinking there was a connection in there, but in fact, there wasn’t. it’s just an ons. It’s not necessarily a beginning of a relationship. And if the relationship is based on an ons, you have to handle with extra care, coz you two might get far too physically before you two mentally click. Never really heard any fairytale of ons-turn-great-love from outside of the movies.

3) Get what you need (not greedy type)

it’s hard to put this together. When you wake up with a hangover, you are desperate in need of some water or food. Ask the guy to bring you some or go straight to the fridge and bring him some water if he’s still asleep. I don’t know if you have the same problem or not, but I definitely have some orienting problem. So I must ask a guy to escort me out to get a cab or something. Of course, I will graciously accept if he offers to drive me.

it’s the inevitable question. If the guy doesn’t ask you for your number, he’s totally not into you. But it’s kinda rude. I am still mad at that guy who never asked me for my number. Don’t offer to give yours or ask for his, if you are not that ‘I pick my guy’ type of gal. If he does ask your number, don’t expect him to call. Save his, if the sex was good and his place was nice, save it for future booty calls. (evil smile here. Not that I do booty calls. At least, I keep my options open)

no matter if you are into this guy or not; he’s ugly or not, it’s polite to leave him a kiss (a light one on the cheek will do, unless you want to leave an impression. In that case, you might want a lingering one on the lips) before you two head onto your own way. Maybe your path will never cross again, but after all the intimacy, you have to at least show some appreciation.

if you are not interested, just send him a message (seriously, I am not comfortable to call guys), thanking him for having you over. Or add one more ‘see you around’. If you are interested however, it totally depends on how you make your approach. You can wait for his call or take the initiatives to call or sms at the night (according to some articles, calling right after you get on the taxi shows you are desperate). Start from there. (actually, I don’t really buy the ons turns to a relationship idea, coz I failed terribly before. Maybe you are better in this game than me).

Guys, here what I want you to do. The etiquette I want to see in a guy:

it’s a total turn off when a gal waking up in a terribly messy room with rats around.

if you two a sober enough, open some wine, light some candle and turn on your stereo for some light music. If you are a pro-gamer or simply a life enjoyer, you should have all these handy.

3) Hold her to her sleep

even though it’s a brief encounter, both of you are seeking company and warmth. If you are in this situation together, be generous, share some warmth. I bet you need this too.

say good morning and offer her some water. Everyone needs some water after a long night of workout (even when it’s a short one).

5) Start up with some light hearted talk

be gracious, the gal offered the night. Even though you are not interested, ask for her number. (she might expect your call. But after a while of waiting, she will give up). Don’t give that kind of “I am not ready to settle down” shit (gals don’t get this and will totally take it personal). One time, the guy I slept with went like , ‘when we are out of the house, we will keep distance. Public affection isn’t my thing’. I was so mad and hurt when I heard this, humiliated even.

that basic etiquette I am looking for in a guy. The gal is fragile enough when she wakes up next to a stranger and probably with a bad hangover. Don’t expect her to have a strong sense of direction. Walk of shame isn’t quite nice. Make her day easier. You never know when you will be bumping into each other again. Give her a goodbye kiss. If you are interested, set up a date or call later that day. If you are not interested, just go like’ Thank you for coming. I’ll see you around’. That’s it. Gals tend to think too much and get emotional involved too easily. At least, that’s the best you can do.

Okie, I have to admit that most of the ons I had are not local hong konger. Some guys have better etiquette, some don’t. It has not direct relationship to their nationality, more to his upbringing.

Still, I am not doing a qualitative research. If any of you want to take up this challenge, go for it.

Here are some funny ref from “Fabulous Girl’s Guide to Decorum”( K. Izzo and C. Marsh) – imaging the ons happens on a saturday:

That’s it. That’s what matters